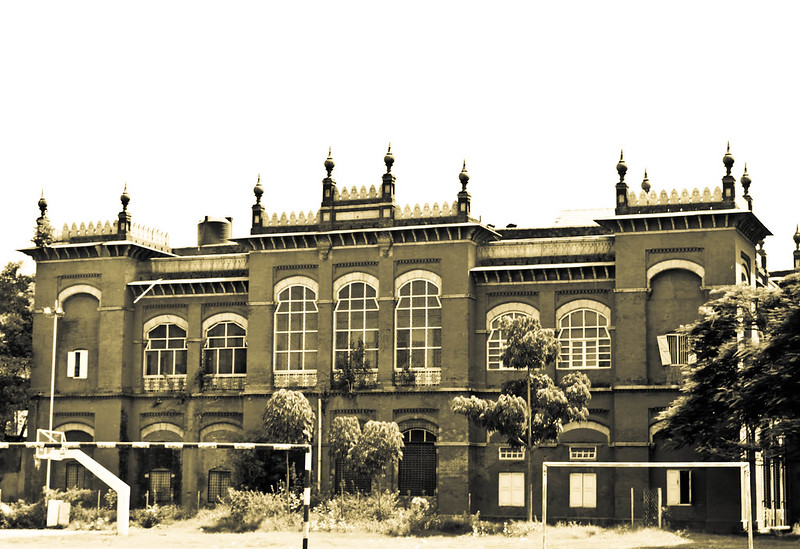 Early education in India commenced under the supervision of ‘Guru“. Initially, education was hospitable all and seen together of the methods to realize Moksha or enlightenment. Later due to the superiority complex, education was imparted on the basis of castes with the Brahmins learning about scriptures, Kshatriya the art of warfare, The Vaishya learned about business and commerce while none or minimal education was imparted to lowermost castes, the Shudras.

Education in its traditional form was closely related to religion.

Taxila was the earliest recorded center of higher learning in India in the 5th century B.C. Chanakya, a brahmin teacher was among the most famous teacher of Taxila. Nalanda University was the oldest university system within the world. These institutions continue to function well and were attended by students from India, Bhutan, Tibet, and central Asia.

The Brahmin gurus historically offered education by means of donations rather than charging fees from students. Later temples became the center of education. Religious education was compulsory, but the secular subject was also. Students were required to be Brahmacharis or celibates. The book of laws, “Manusmriti” and therefore the Treatise on statecraft the “Arthashastra” were the influential works of that era.

Buddhist institutions of learning giving way to a resurgent tradition of Brahminism during this period. Scholars from India journeyed to China to translate Buddhist texts. Chinese scholars like Xuanzang and Yi Jing arrived in Indian institutions of learning to survey Buddhist texts. Dharmendra from the 10th century from Nalanda journeyed to China and translated a number of texts.

With the arrival of Islam in India, the normal methods of education increasingly came under Islamic influence. Pre-Mughal rulers such as Qutb-u-din tughlaq and other Muslim leaders initiated institutions that imparted knowledge. Scholars like Nizamuddin Auliya and Moinuddin Chisti became prominent educators and established Islamic monasteries. Students from Bukhara and Afghanistan visited India to review humanities and science. 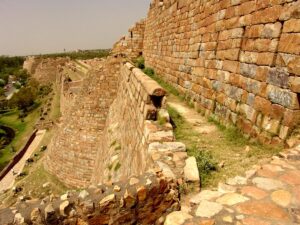 The education system in the Mughal dynasty especially under Akbar favored courses like medicine, agriculture, geography, Patanjali works in Sanskrit. The traditional science in this period was influenced by the ideas of Aristotle, Bhaskara2, Charaka, Ibsen. Even Aurangzeb favored teaching subjects like administration. During the Mughal dynasty, the more intolerant Ottoman school of manque education came to be gradually substituted by the more relaxed Maqui school.

The colonial-era saw a high difference of opinion among the colonialists themselves about education for Indians. They were divided into two schools– the orientalists, who believed that education should in Indian languages like Sanskrit or Persian, or Utilitarians(Anglicists) who strongly believed that India has nothing to teach its own subject but English.

Lord Macaulay introduced English education in India in 1835. He called an education system that would create a category of anglicized Indians who function cultural intermediaries between British and Indians.

The University of Madras was founded in 1857 under the leadership of a completely clean caste and mainly brahmans. The Madras medical college opened in 1835 and admitted women and in 1894, the women’s Christian medical college, an exclusive medical school for women was established in Ludhiana, Punjab. Mayo College was founded in 1875 was the primary modern institution for Muslims in India. By 1920 it became the Aligarh Muslim University. 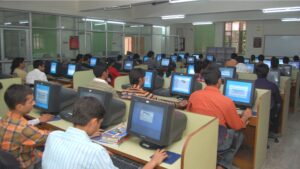 India has free and compulsory education between the age of 6 and 14. As per the annual statistics of education report(ASER) 2012, 96.5% of all rural children between the ages of 6 to 14 were enrolled in school.

A significant number of seats are reserved for weaker sections of the society in all educational institutions affiliated with the central and state government. The sections include Scheduled castes, scheduled tribes, and other backward classes. 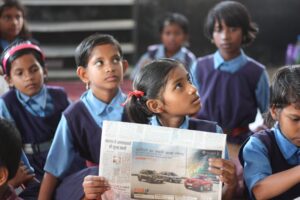 The pupil-to-teacher ratio within the general public establishment for primary education is 35:1. However, teacher absenteeism in India is as high as 25%.
In terms of facilities, a study of 188 government-run schools found that 59% of the schools no drinking water and 89% have no toilets.

To improve the varsity education system in India, the govt has laid down many programs like National Policy of Education(NPE), Universal Elementary Education(UEE), Sarva Shiksha Abhiyan(SSA), Right to Education(RTE), Mid-day meal scheme, Mahila Sankhya program, scheme to permit quality education in Madrasas and Scheme for Infrastructure Development in Minority Institutes(I.D.M.I.).

Since India has a (10+2 +3 ) pattern of education, the policy of the government is to make secondary education of good quality available, accessible and affordable to all young students in the age group of 14-18 years. The minimum age is 15 years for secondary schools and 17 years for senior board of education exams.

The National Council of Education Research & Training is the APEX body for curriculum-related matters for school education in India. Other curriculum bodies governing school education are the Central Board of secondary education(CBSE), Council for Indian School certificate exam(CISCE), National Institute of Open Schooling, National Institute of Open Schooling (NIOS), and state government board.

National Council of Education, Research & Training(NCERT) is an apex resource organization to assist and advise central & State governments on academic matters in school education. Organizations like Kendriya Vidyalaya Sangathan(KVS) to provide uninterrupted education to wards of central govt. employes, Navodaya Vidyalaya Samiti(NVS) to provide good quality education to talented children, National Bal Bhawan aiming at enhancing the creative potential of children, and Information of Communication Technology(ICT) has been set up to improve school education in India.

India’s higher education system is the third-largest in the world after China and the USA. The main administration of the tertiary level is that the University Grants Commission(UGC) which enforces its standards, advises the govt , and helps coordinate between the state and center.

Regulatory Authorities like UGC and AICTE are trying very hard to extirpate the menace of personal universities that are running courses with none affiliation or recognition. The Indian government has failed to check on these education shops which are running by the businesses and political solely for the purpose of making money. Many of these private colleges do not fulfill the criterion by the government and the central bodies ( UGC, AICTE, MCI, BCI, etc.)

The Government of India is conscious of the plight of the upper education sector and has been trying to bring reforms, however, many bills are still awaiting discussion and approval in the Parliament.

One of the approaches to form the internationalization of Indian education effective is to develop a coherent and comprehensive policy that aims at infusing excellence, bringing institutional diversity, and aids in capacity building.

The department of upper education(MHRD), is liable for the general development of the essential infrastructure of the upper education sector, both in terms of policy and planning.

Higher Education is that the shared responsibility of both the Centre and therefore the States. The coordination and determination of standards in Universities & Colleges are entrusted to the UGC and other statutory regulatory bodies.

Private University: A university established through a State/Central Act by a sponsoring body viz. A Society registered under the Societies Registration Act 1860, or the other corresponding law for the nonce effective during a State or a charitable trust or a Company registered under Section 25 of the businesses Act, 1956.

Deemed-to-be University: an establishment is usually referred to as Deemed University, refers to a high-performing institution, which has been so declared by the Central Government under Section 3 of the University Grants Commission (UGC) Act, 1956.

The Indian government has set up councils and institutes for promoting specialized higher education in the technical field. Some of these councils are:

6 thoughts on “Education in India — A Historical Perspective till 2021”