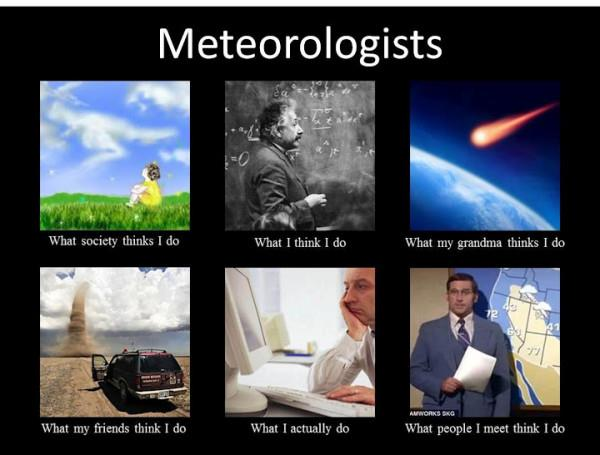 Most of us would consider a Meteorologist as a person that studies Meteors falling from the sky. However, this is not so. Meteorology is defined as  the study of Earth’s atmosphere

For centuries we have studied the effect of the atmosphere and collected the data for various purposes like in agriculture, military defense, and planning, and to develop early warning systems to reduce its adverse impact on coastal areas due to tornadoes and cyclones.

We must have sufficient interests and educational standards to make a career in Meteorology. All this will be discussed in this article 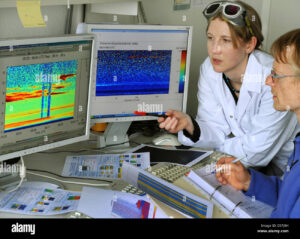 There are five branches of Earth Science. These are ;

Meteorologists are the scientists who study Meteorology. The American Meteorological Society defines a Meteorologist as an Individual with specialized education who uses scientific principles to explain, understand, observe and forecast the earth’s atmospheric phenomena and/or how the atmosphere affects the earth and life on the planet. Meteorologist

Difference between Meteorology  and  Climatology

Whereas Meteorologist is concerned with the current state of the atmosphere at a given time and place, Climatologist studies climate that is concerned for the long-term weather conditions and trends for the given locations.

Climatology can be looked at as the historical record of weather conditions for a location while meteorology gives the current daily news stories of the weather for that same location. To put it more simply, Climatology is like reading a history book and meteorology is more like reading a news article.

The History of Meteorology

The ability to predict annual cycles of rains and floods has been used by humans since the start of the agriculture settlement.

The origin of the word Meteorology is derived from the ancient Greek word Meteoron which means something that happens high in the sky. The ancient Greeks observed and tried to understand the connection between clouds, winds, and rains.

The Greek philosopher Aristotle wrote a book called Meteologica as early as 340 B.C.E. which provided all the information on weather and climate. Aristotle is regarded as the founder of Meteorology.

In India, the Upanishads mention clouds and rain. In the Samveda there is a mention of sacrifices to be performed to please Gods if there is no rain. In his classic book Brihat Samhita,  Varahamihira provides evidence of weather observation. The book was written in 500 AD.

From 1801 to 1841,  Luke Howard did comprehensive recordings of weather forecasts in London and his writing transformed the science of Meteorology. He is regarded as the Father of Meteorology.

How to Become a Meteorologist? 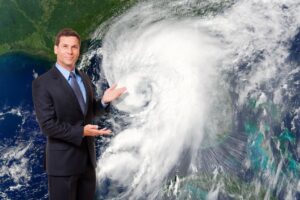 What Skills are needed to become a Meteorologist?

Here are a few of the basic skills that you require to become a Meteorologist.

Education Profile of a Meteorologist

You must pass your higher secondary in science with a good percentage. Then you must complete your graduation ( BSc or B.Tech) in Meteorology. In case you are a Science graduate in another stream but want to get a degree in Meteorology they can join a two years Master’s degree program in Meteorology which is for two years.

Students who are interested in doing research and development in Meteorology can complete their Ph.D. degree in Meteorology after their Master’s degree..

Here are the subjects in which you should graduate other than meteorology and go for Post Graduation:

How much does a Meteorology degree cost in India?

The meteorology course fees vary upon a number of factors like the University and the purpose of the course.

The BSc course which takes three years to be completed will cost you Rs 27,000 in a government college. But the same course may cost you between Rs 80,000 to Rs 1.5 lacs per year in a private university.

In case you want to do a B.Tech course which is a four years course, you will have to pay Rs 10 lacs to Rs 15 lacs for the course.

Where can you study Meteorology?

Here are a few of the Best meteorology schools/ colleges in the world where you can get your degree in Meteorology:

Top colleges of Meteorology in India

The Scope of Meteorology 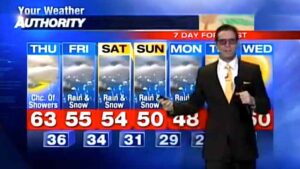 As a Meteorologist, you will find yourself working on air transportation, Global Warming, Pollution control, Ozone depletion, droughts, forestry, agriculture, and more. The introduction of powerful computers and supercomputers which help him run complex weather simulations and predict the weather.

Since the Meteorologist’s job Description and responsibilities are diverse the profession can be divided into four main categories. These categories are

Industrial and Physical  Meteorologists perform their jobs flexibly. The professionals have to perform their duties both indoor and outdoor. They have to work for long hour durations as they have to collect data on weather forecasts. In fact, most of the meteorological departments are 24 hours functional and the meteorologist has to work under high pressure which makes their job even more challenging.

Here are a few of the government institutes/organizations in India where meteorologists are recruited. 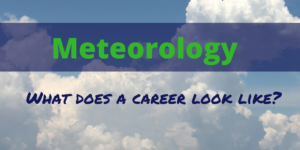 Here are a few of the career fields for Meteorologists.

Weather Forecasting has been the core aspect of Meteorology and has attracted a lot of young talent in this profession. Weather forecasting involves people from different countries because the system that brings us our weather is hundreds of miles in extent and moves over huge regions of the earth’s surface as they grow and change. The weather forecast that we see on our television is the end product of the worldwide effort by thousand of meteorologists in the national weather service of many nations.

Atmospheric research is done to seek answers to questions about our

understanding of the atmosphere, it’s working, and its impact on us

For example, the threat of global warming is assessed by meteorologists who

collect data and analyze them on worldwide temperature trends. Similarly

Research Meteorologists work with Biologists to study how plants and

animals interact with our atmosphere.

Various companies design, manufacture and market the instrumentation to measure the data for the atmosphere. These instruments range from simple rain gauges to computerized self-contained automated weather observing stations. These companies also design and build weather satellites and Doppler radars.

Information services are services given to many non-meteorological customers who need tailored products and information to meet their needs. These information services include acquiring raw meteorological data pertinent to individual customers, creating easily understood displays of critical weather information,, and preparing forecast model output in a format that a layman can easily understand. Meteorologists in this area also help planners and contractors to locate and design airports, factories, and many other construction projects. They also provide climatological information for heating and air-conditioning engineers.

Sometimes weather conditions have an impact on legal cases. Forensic

meteorologists are often required to reconstruct weather conditions that were

occurring at the time of the event. Sometimes forensic meteorologists are

weather. The forensic meteorologist will retrieve and analyze weather

information and reconstruct the weather conditions for the location in

Media Weather forecasting for radio, television, and newspapers is a high-profile career. It is the responsibility of Broadcast Meteorologists for gathering

data, create a forecast, and then develop the graphical representation of

are often asked to act as environmental reporters, generating stories on a

Since there is growing awareness of meteorology today there is an increasing demand for lecturers and professors at the university level. Many university atmospheric scientists direct research that graduate students are performing to earn their degrees. You must have good preparation and training in Meteorology for a career as a science teacher at any level.

Aviation Meteorology studies the impact of weather on air traffic

management. The aviation meteorologist helps and guides the flight crew in

agronomists in understanding the effects of weather and climate on plant

rain statistics of storms. He prepares and issues forecasts of accumulating

precipitation, heavy rain, heavy snow, and areas with the potential for flash

Nuclear Meteorology investigates the effect of nuclear arsenal and gases in

and wave forecasts for ships operating in the sea.

According to the US Bureau of Labor Statistics, there is tremendous scope for Meteorology. The growth rate in this field is predicted to be 12% from 2016 to 2026 which is faster than the average for all occupations. The Meteorology jobs in the USA in 2021 come with a high median salary between 77,877 USD and 125,172 USD per annum.

The Indian Government offers Meteorologist scientists a lucrative salary that varies between Rs 10,000 to Rs 25,000 per month.

In the Space research and development center sector, most senior Meteorologists are offered a salary of up to Rs 250,000 per month.

Here is the table that shows the salary of a Meteorologist according to their seniority level in different organizations in India.

The Future Growth Prospects of Meteorology 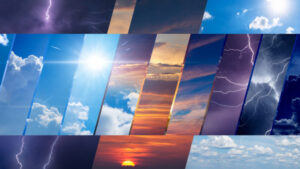